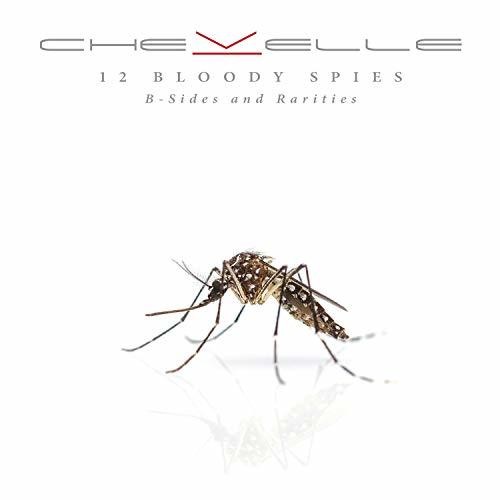 2018 collection. Hit-making rockers Chevelle are gathering a number of tracks that have been released off the beaten path for a collection called 12 Bloody Spies: B-Sides and Rarities. As the title suggests, the disc culls together songs that haven't appeared on the standard editions of the band's eight studio albums, offering remastered versions of the tunes. The track "Sleep Walking Elite", recorded during the band's sessions for 2007's Vena Sera album, has been unveiled as the first single. Among the other tracks are an acoustic version of "Sleep Apnea" from the band's 2009 Sci-Fi Crimes album, and a bonus track off 2002's Wonder What's Next titled "Under You're Reformed". Chevelle's last studio album was 2016's The North Corridor, with a press release declaring, "Stay tuned for more from Chevelle soon," insinuating the band is likely working on a new album.