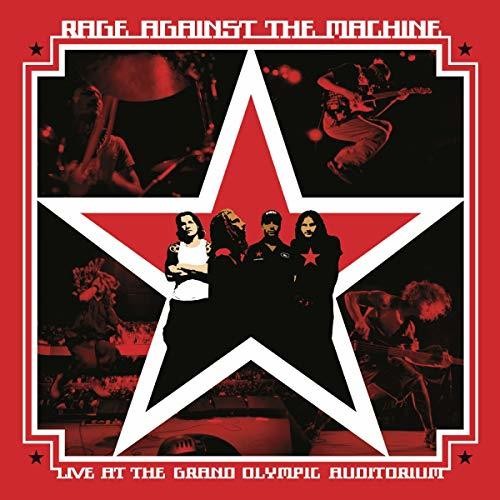 Live At The Grand Olympic Auditorium [2LP]
Artist: Rage Against The Machine
Format: Vinyl
New: Not on Hand, Let us get it for you
Wish

Limited 180gm vinyl LP pressing. Live at the Grand Olympic Auditorium is the second live album by the rap metal band Rage Against the Machine, released on November 25, 2003 by Epic Records. It is a recording of two shows Rage played at the Grand Olympic Auditorium in their hometown of Los Angeles on September 12 and 13, 2000. The album was originally planned to be released in November 2000, but was delayed due to the break-up of the band shortly after the September concerts. It was then slated for release a year later, but was again delayed due to the formation of Audioslave by the remaining three members of Rage (Tom Morello, Tim Commerford and Brad Wilk) with vocalist Chris Cornell. Formed in 1991, Rage Against The Machine consists of vocalist Zack de la Rocha, bassist and backing vocalist Tim Commerford, guitarist Tom Morello, and drummer Brad Wilk. Rage Against the Machine is well known for the members' revolutionary political views, which are expressed in many of the band's songs.