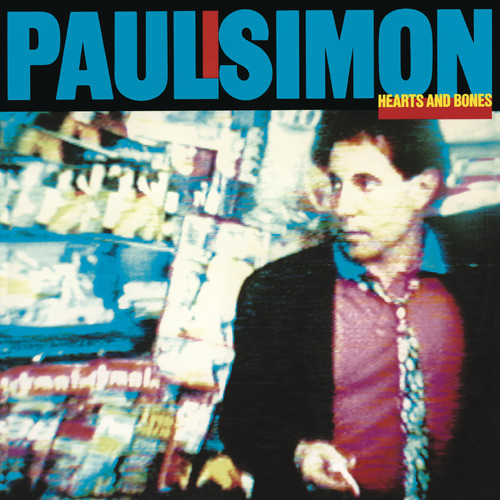 Vinyl LP pressing including digital download. Hearts and Bones is the sixth solo studio album by Paul Simon. It was released in 1983. The album was originally intended to be called Think Too Much, but Mo Ostin, president of Warner Bros. Records, persuaded Simon to change it to Hearts and Bones. The album was written and recorded following Simon & Garfunkel's The Concert in Central Park in 1981, and the world tour of 1982-1983. Simon worked the material into a solo album. Paul Simon's musical career has spanned seven decades, with his fame and commercial success beginning as half of the duo Simon & Garfunkel, formed in 1964 with Art Garfunkel. The duo split up in 1970 at the height of their popularity and Simon began a successful solo career.