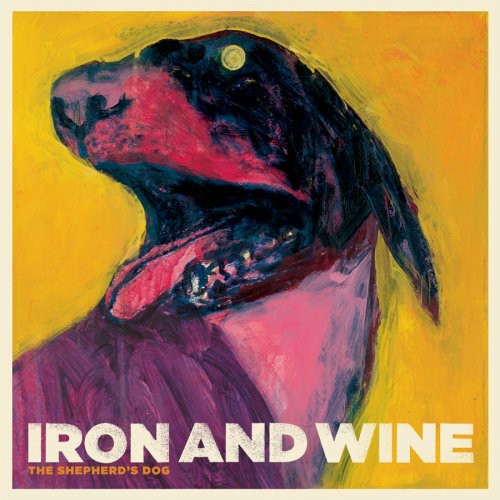 The last that we heard form Iron and Wine was the six songs comprising Woman King, released in 2005. What distinguished Woman King from its predecessors was the deepening integration of spiraling, dense opuses with intimate confessionals. On The Shepherd's Dog this integration is complete. Compositionally, it is Iron and Wine's most ambitious and accomplished recording to date as well as the most satisfying.

''The Shepherd's Dog'' is the third full-length studio album by Iron & Wine, released on September 25, 2007. If bought at select retailers or if pre-ordered through Sub Pop, the album comes with a bonus disc featuring two unreleased tracks. "Boy with a Coin" is the first single and was released on July 10, 2007 via Sub Pop, including the single edit of the song along with two other tracks.

In 2008, "Flightless Bird, American Mouth" was used in the movie ''Twilight''. The song was specifically chosen for the film's prom scene by Kristen Stewart, the female lead, and appears on the movie's soundtrack. - Wikipedia