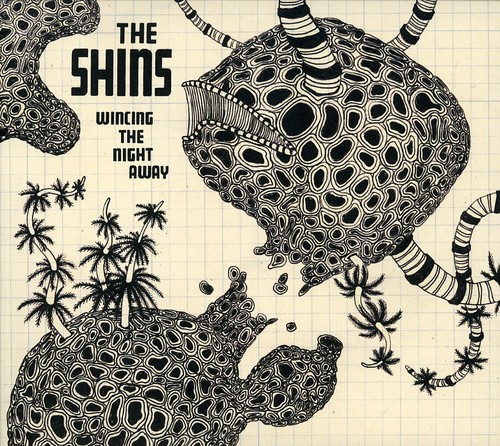 Recorded in singer/guitarist James Mercer's basement studio, Phil Ek's Seattle digs, and in Oregon City with veteran engineer Joe Chiccarelli (Beck, U2), Wincing the Night Away is the Shins'third full-length album. It's also the sound of a band growing up and out. Mercer's infectious, indelible melodic style is still at the core, and unfaltering.

''Wincing the Night Away'' is a Grammy-nominated album by indie rock group The Shins. It was released by Sub Pop Records on January 23, 2007. It is the band's third album, and the final under their contract with Sub Pop. The album was recorded in James Mercer's basement studio, Phil Ek’s home in Seattle, and in Oregon City with veteran producer Joe Chiccarelli (Beck, U2). - Wikipedia

We can think of plenty of indie bands we'd recommend to bandleader James Mercer to cure his infamous insomnia, but his own isn't one of them. The Shins took the leap to the Big Time with their third LP, debuting at number two on Billboard. (Who needs Kurt Cobain, right? Sub Pop?) Good thing it rewards listeners with a much more epic scope and diverse quality of composition and instrumentation. If we may offer the Crappy Pun of the Year, you don't want to sleep on Wincing.