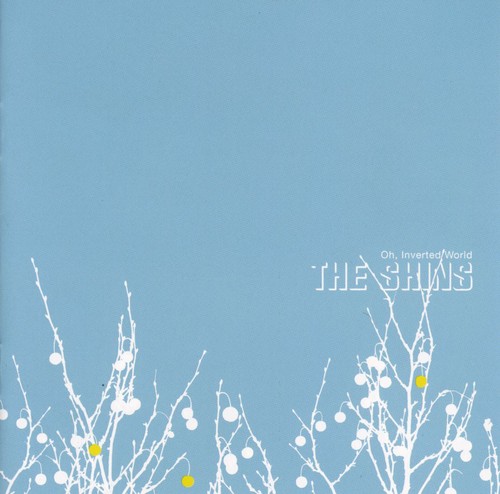 Oh, Inverted World
Artist: The Shins
Format: CD
New: Not on Hand, Let us get it for you
Wish

Something extraordinary is afoot in Albuquerque. The Shins' first big-time record, Oh, Inverted World, combines mysterious narratives with golden song structures, resulting in lavish and opulent indie pop. Touches of Neutral Milk Hotel's lyrical majesty and the nostalgic swirl of Echo and the Bunnymen abound. But the Shins' music--rich with acoustic guitars, flickering rhythms, and Casio-tone keyboards--is distinct and peculiar. Worry mixes with abstraction throughout, and while James Mercer sings, "You led no celibate life / No skirt while chemicals danced on your head / You stole the keys to this ride / And your fables are falling tonight," you may wonder if he's been routing through your fondest, most troubling memories. This vital album is easily among 2001's most distinguished recordings and one of the best Sub Pop releases to date.

''Oh, Inverted World'' is the first album by The Shins, released on June 19, 2001 to critical acclaim. Omnibus Records put out an initial run of vinyl distributed by Darla. Sub Pop Records reprinted the vinyl, but the Sub Pop logo only appears on later pressings.

The album's title comes from a lyric in the second track, "One by One All Day", and there are several theories as to its meaning. It may allude to a line from German philosopher and economist Karl Marx. In his 1843 ''Critique of Hegel's Philosophy of Right'', Marx blames religion for creating an "inverted world consciousness" that excuses mankind from self-responsibility. Alternately, it may refer to the science fiction classic "Inverted World" by Christopher Priest.

The album contains the songs "Caring Is Creepy" and "New Slang," both of which appeared in the 2004 film ''Garden State''. - Wikipedia