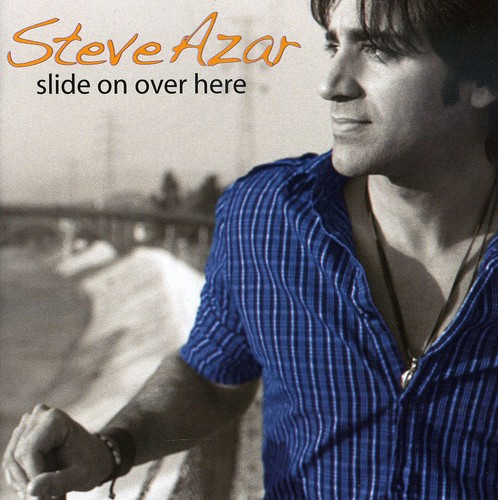 Slide on Over Here
Artist: Steve Azar
Format: CD
New: Not on Hand, Let us get it for you
Wish

With the release of his fourth album, SLIDE ON OVER HERE, Steve Azar blends passion and energy into a 13-track album filled with all original material. SLIDE ON OVER HERE one again showcases Azar as a multi-faceted talent as a singer, songwriter, producer, performer, and musician.. with his latest collection of songs, Azar demonstrates continued growth and maturity as an artist, and presents his most solid work yet.

''Slide On Over Here'' is the fourth studio album by American country music artist Steve Azar. It was released on August 4, 2009 via Ride Records. The album includes the singles "Moo La Moo", which charted in the Top 40 on the ''Billboard'' Hot Country Songs chart and "Sunshine," which was released on January 11, 2010.

The album debuted and peaked at #57 on the U.S. ''Billboard'' Top Country Albums, becoming Azar's first charted on album on that chart since ''Waitin' on Joe'' charted to #29 in 2002. - Wikipedia