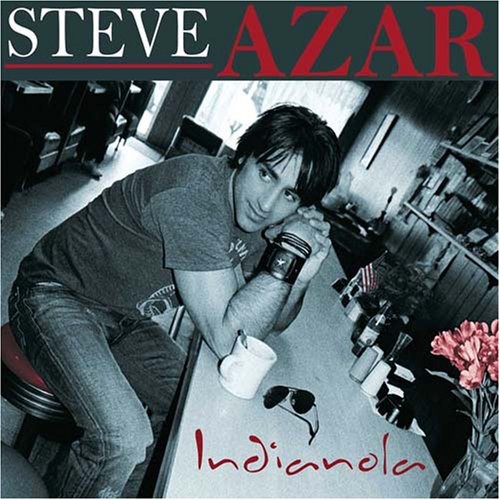 Indianola
Artist: Steve Azar
Format: CD
New: Not on Hand, Let us get it for you
Wish

Steve Azar, singer/songwriter deliver INDIANOLA as a soulful blend of country, blues and rock that reflects his roots in the Mississippi delta and his life now in Nashville. INDIANOLA showcases Steve's multi-faceted talent as a performer, musician and songwriter. He als makes his debut as a producer and claims it's his most personal CD to date.

''Indianola Mississippi Seeds'' is a 1970 album in which B. B. King mixed elements of blues and pop/rock. Producer Bill Szymczyk decided to follow up on the success of the hit "The Thrill is Gone" by matching King with a musical all-star cast. The result was one of King's most critically acclaimed albums and one of the most highly regarded blues crossover albums of all time.

The album appeared on several of ''Billboard's'' album charts in 1970, reaching number 26 on the Pop album chart, number seven on the Jazz album chart and eight on ''Billboard's'' listing for "Black Albums." The album also generated several hit singles, "Chains and Things", King's own "Ask Me No Questions" and Leon Russell's "Hummingbird".

King himself, also, views the album as one of his greatest achievements. When asked about his best work, King has said, "I know the critics always mention ''Live & Well'' or ''Live at the Regal'', but I think that ''Indianola Mississippi Seeds'' was the best album that I've done artistically." - Wikipedia