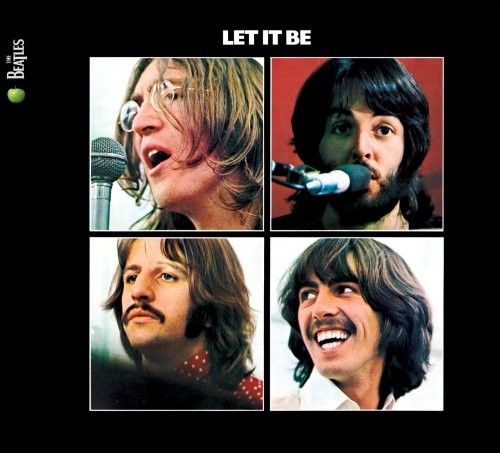 Let It Be
Artist: The Beatles
Format: CD
New: Available to Order $20.00
Wish

Generally regarded as the Beatles' last album, LET IT BE was actually recorded in 1969, before the recording and release of ABBEY ROAD. LET IT BE was greeted with mixed reviews when it came out in 1970, and is still a controversial disc in the band's catalogue--many fans reject it, while others defend it fiercely. Notable for its difference from anything else the Beatles recorded, LET IT BE has a raw, ragged, muscular sound that recalls the band's very earliest rock roots. The songs were mostly recorded live (save Phil Spector's overdubs on "The Long and Winding Road," "Across the Universe," and "I Me Mine"), and the result is a world away from the meticulous, high-sheen sophistication of the group's George Martin-produced releases.

No one is likely to argue that LET IT BE is the band's best album, but it is a strong release nonetheless. From the easy-rolling folk feel of "Two of Us" to the interlocking vocals and screaming guitar of "I've Got a Feeling" to the epoch-making title cut (one of Paul McCartney's finest moments), the album bristles with good songwriting and gutsy energy. There are moments of filler--the rock & roll rehash "One After 909," for example--but at its best, as on John Lennon's meditative "Across the Universe" and the driving "Get Back" (which features Billy Preston on keys and is the record's high point), it shows the Beatles for what they always were: a top-notch, hard-working rock band.