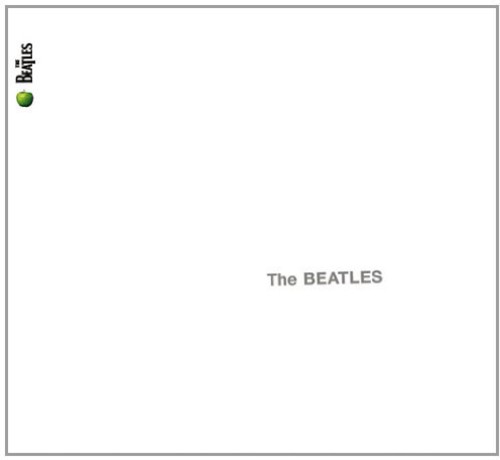 THE BEATLES (generally known as "The White Album" because of its cover) was a sprawling two-record set, highlighting the distinct personalities in the group as they matured and moved further away from each other. With the four Beatles playing like session men on each other's songs, the making of the album was fraught with tension. John Lennon's songs included a bitter take on people who read too much into the Beatles' lyrics ("Glass Onion"), reflections on loneliness and alienation ("Yer Blues," "I'm So Tired"), and the avant garde sound collage "Revolution 9." George Harrison's songs offered black humor ("Piggies") and tender sadness ("While My Guitar Gently Weeps," with Eric Clapton on guitar). Paul McCartney provided both light, lyric songs ("Ob-La-Di, Ob-La-Da," "Honey Pie"), and rockers ("Back In The U.S.S.R.," the explosive "Helter Skelter"). Ringo Starr made his solo songwriting debut with the goofy country/ska lilt of "Don't Pass Me By" and sang the album closer "Good Night."