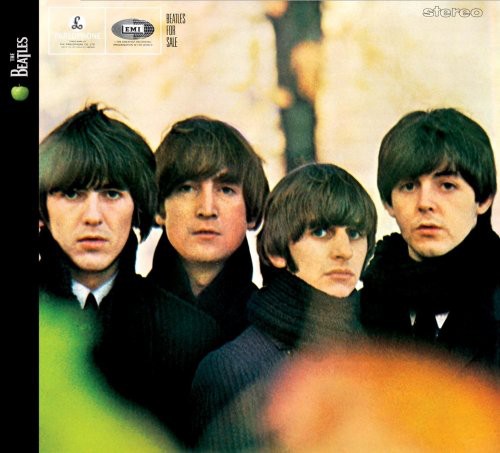 A testament to the abundance of perseverance and talent within the Beatles' ranks, their fourth album was recorded in and around a busy North American and British tour schedule. BEATLES FOR SALE also marked their last full-length release loaded with cover songs, as the Fab Four moved towards writing more of their own material. Interspersed between Beatles classics such as "Eight Days a Week" and the Dylan-inspired "I'm a Loser" are faithful renditions of songs by Buddy Holly and Carl Perkins (featuring the only lead vocals by Ringo Starr and George Harrison on this album). The frenetic, inspired take on Chuck Berry's "Rock And Roll Music" is only superseded by a tremendous medley of "Kansas City" and "Hey, Hey, Hey, Hey," that finds Paul McCartney's exuberant vocals comparing admirably to his hero Little Richard, providing a vibrant centerpiece on BEATLES FOR SALE.