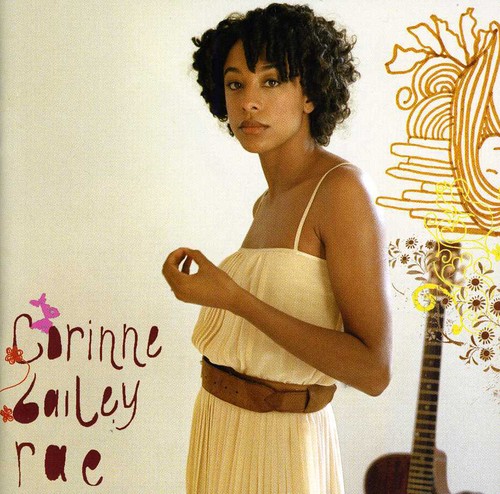 It becomes self-evident the moment you hear her sing the very first note. It's a voice that pins you, in the softest but most persuasive of ways, to the wall; a voice that floats up effortlessly, full of caress, subtlety and the very purest quality.

It becomes self-evident the moment you hear her sing the very first note. It's a voice that pins you, in the softest but most persuasive of ways, to the wall; a voice that floats up effortlessly, full of caress, subtlety and the very purest quality. It is wonderful, this voice, and surely a discovery to treasure, but it belongs to a young woman not from somewhere musically exotic - say, Mississippi or even Manhattan - but just east of the M1: Leeds, England. Her name is Corinne Bailey Rae, and she was born to do this. "I started off singing in church, I suppose, but people think it must have been a gospel church because of the whole, you know, black assumption," she says in reference to her mixed-race background. "But it wasn't gospel at all, it was just your regular brethren church, very middle-class, where we would sing these harmonies every Sunday. It was always my favourite part of the service, the singing." A move to a down-at-heel Baptist church followed, where the choir alternated between traditional hymns and the slightly less orthodox Primal Scream wig-outs. "We changed the words though," explains Corinne. "We didn't want to offend the regular churchgoers, now did we?" Singing in this way every week led to a broadening of Corinne's tastes and when her youth leader offered to buy her an electric guitar she grabbed the opportunity, quite literally, with both hands. So began her love affair with making music, and she soon developed a healthy appetite for one of the most innovative bands that rock and roll had to offer, namely, Led Zeppelin. "I loved that band during my teens," she says. "I wanted, somehow, to follow in their footsteps, and to create music of my own." This she has duly done. Via a faltering indie band, an English literature degree and a determination that simply would not wane, she has now arrived fully-formed, and with a musical poise that sets her head and shoulders above pretty much anybody you could call her peer. Her forthcoming debut album is sublime, full of tiptoeing delicacy and wraparound warmth, and one that merges the spirit of Billie Holiday with the statuesque soul of Erykah Badu. Even a cursory listen will tell you that its creator is something rather special. At school, she studied classical violin to a high standard, but any ambitions to take this to a higher level were quickly scotched when the afore-mentioned Zeppelin adoration took hold. By the time she turned 15, Corinne was also obsessing over female-led, indie noiseniks like Veruca Salt and L7, and wanted to start her own band. And so she did. Its name was Helen. Helen? "I know, I know," she says in defence. "What can I say? We were 15 years old, and thought that Helen was a cheeky, indie kind of thing to do. It seemed clever at the time." She smiles. "Admittedly, it seems less so now." Uninspiring name notwithstanding, Helen began attracting considerable local attention. Good enough to elicit an offer of a deal from the home to all manner of guitar abusers, Roadrunner Records, all was going well until the bassist fell pregnant, and the band fragmented. "Disappointed? I was gutted," Corinne says now. "I had no idea what to do next." And so she went off to Leeds University where she studied English literature and spent evenings working as a modern-day hatcheck girl in a local jazz club. Every now and then she was allowed to sing with the band, and from those evenings new ideas began to form. By now, Corinne was writing songs that she wanted to perform solo, and was moving away from all things indie into more soulful territory. By the time EMI signed her in the spring of last year, she had 10 years of experience tucked neatly under her belt, knew exactly what she wanted and just how to get it. "I am a fan of jazz, but not the muso kind," she says. "I hate all the noodling, which is why I love classic songs: because they are so pure and succinct. That's what I tried to do with my own songs. They are short and sweet, to the point. I like the idea of leaving people wanting more, not less, you know?" And so, inspired as much by Massive Attack as Jill Scott, she went into the studio and came up with her debut album. And if she writes about the staple of all great soul songs - love - then she does so with less emphasis on its pink fluffiness than its unwritten complexities and multiple challenges. "I'm interested in the things that no one ever tells you about in relationships, about how love works in terms of expectation versus reality." Because of this, songs like 'Till It Happens To You,' 'Like A Star' and 'Choux Pastry Heart' are unusually intimate, each sparkling with a storytelling honestly that her peers can only dream of. "The response so far has been amazing," she says, "and that has been very satisfying, because all this feels so right to me. Writing songs - playing music - is, I know, precisely what I should be doing with my life."
This website uses cookies to personalize content and analyse traffic in order to offer you a better experience.
I accept Learn More
back to top