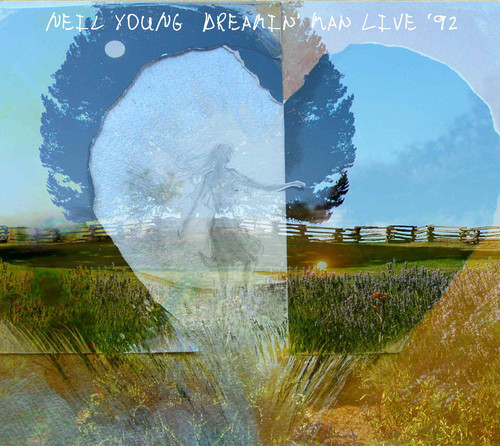 As part of its ongoing Archives Performance Series with legendary singer-songwriter Neil Young, Reprise Records will release Dreamin' Man Live '92, on December 8, 2009. The album is a complete live performance of Young's album Harvest Moon drawn from various solo acoustic shows he performed in 1992 before the actual release of the Harvest studio recording, which makes this performance even more unique. Dreamin' Man Live '92 revisits Harvest Moon 17 years after its release by pulling together a series of intimate solo acoustic performances Young did at the time. The album was produced by Young and John Hanlon and recorded and mixed by Tim Mulligan.