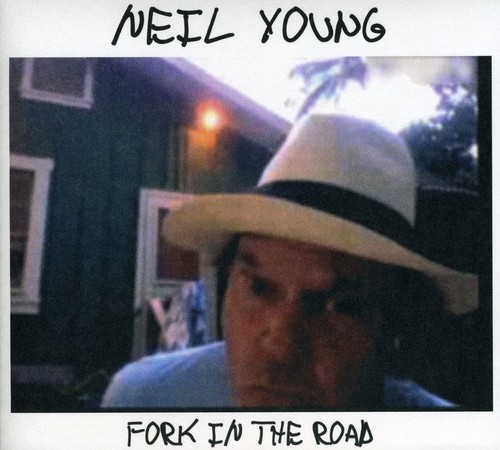 Fork in the Road
Artist: Neil Young
Format: CD
New: Not on Hand, Let us get it for you
Wish

Rock and Roll Hall of Famer Neil Young is stirring things up again. This time he is rolling on down the road not only with an auto-centric concept album, but with his own electric ride. Fork in the Road's largely eco-car-themed songs were debuted in concert during the past year.

There have been countless classic albums, films and novels about the Great American Road Trip. It’s tough to recall one based on driving a ’59 Lincoln Continental rejiggered into a fuel-efficient, alternative energy-reliant supercar. But anyone who’s followed Young’s prolific career knows that he rarely conforms to rules or expectations. Producer L.A. Johnson is preparing a documentary on Young as he takes his electric-powered Continental to D.C.