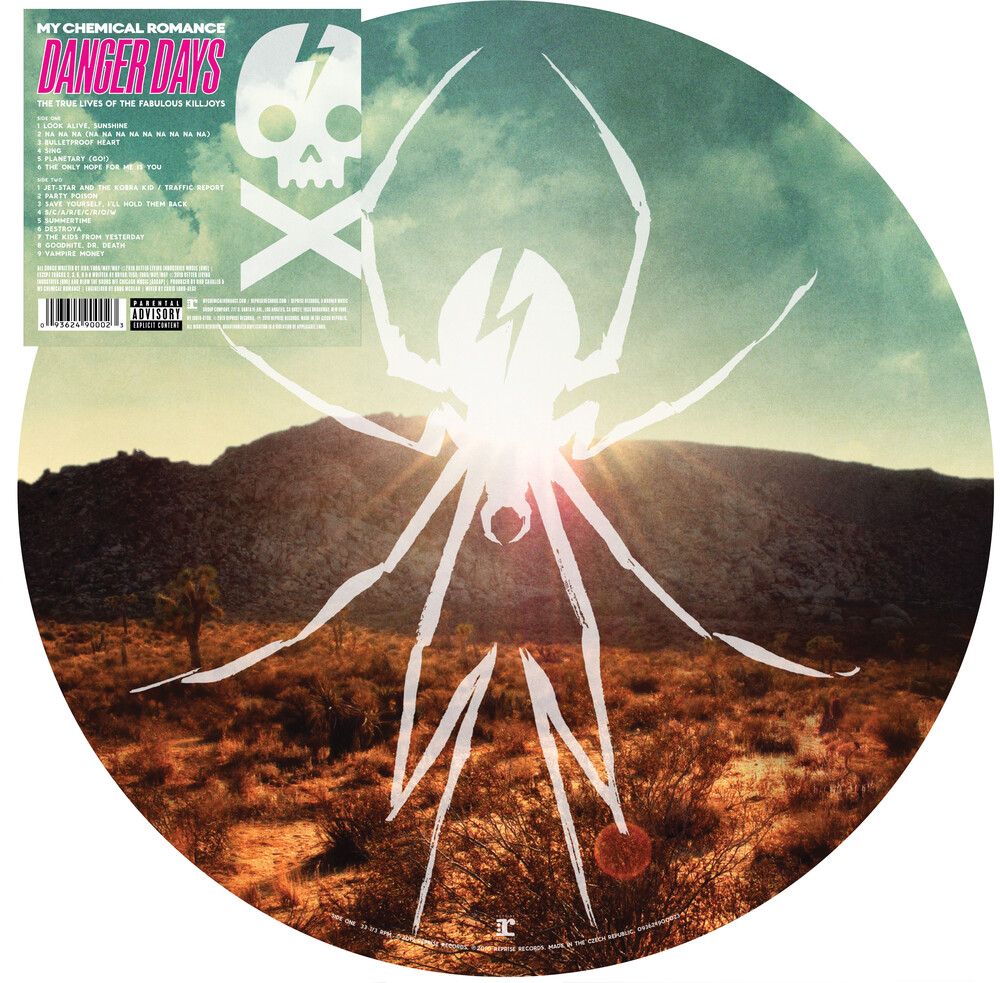 Danger Days: The True Lives of the Fabulous Killjoys [Picture Disc LP]
Artist: My Chemical Romance
Format: Vinyl
New: Not on Hand, Let us get it for you
Wish

Limited picture disc vinyl LP pressing. Danger Days: The True Lives of the Fabulous Killjoys is the fourth and final studio album by American rock band My Chemical Romance. Released on November 22, 2010, by Reprise Records, it's songs are associated with the band's well known sound of alternative rock, pop punk, and punk rock as well as new elements, including power pop, pop rock, and electronic rock. The inspiration for the album comes from contemporary rock, psychedelic rock, and protopunk bands of the '60s and '70s. In addition, the group has stated that there is a strong influence of cinema on the record. Like it's predecessor, The Black Parade (2006), it was produced by Rob Cavallo.