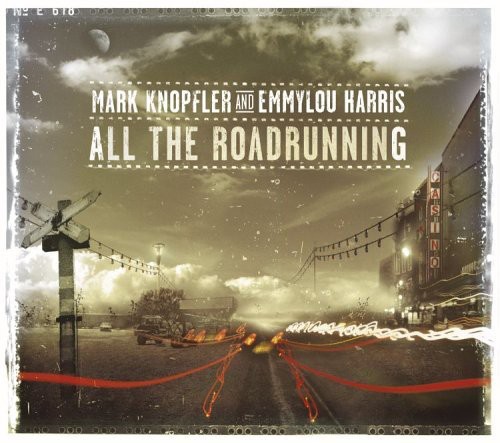 All The Roadrunning
Artist: Mark Knopfler
Format: CD
New: Not on Hand, Let us get it for you
Wish

For several years, the iconic Mark Knopfler and Emmylou Harris have been quietly recording a remarkable collection of duets whenever the Grammy-winning artists could steal away from their own illustrious careers. The extraordinary result is All the Roadrunning. The songs from their Nashville sessions, while undeniably modern, have the appeal of classics.

''All the Roadrunning'' is a collaborative album by Mark Knopfler and Emmylou Harris. Released in 2006 by Warner Bros. in the US and Universal Music in Europe, "This Is Us" was released as the first single, followed by "Beachcombing".

The album was the result of a longtime collaboration between the two. Over the course of seven years, the songs were recorded by the pair with minimal information coming out about it.

Although Harris is a songwriter, ten of the twelve tracks on the album were penned by Knopfler. - Wikipedia

A fitting matchher voice and his guitar are both things of pristine virtuoso beauty. Both a mite chilly too, and so theyve excelled most on other peoples records, fleshing out somebody elses vision with tasty licks and haunting harmonies. Now lets see what they can do for each other.