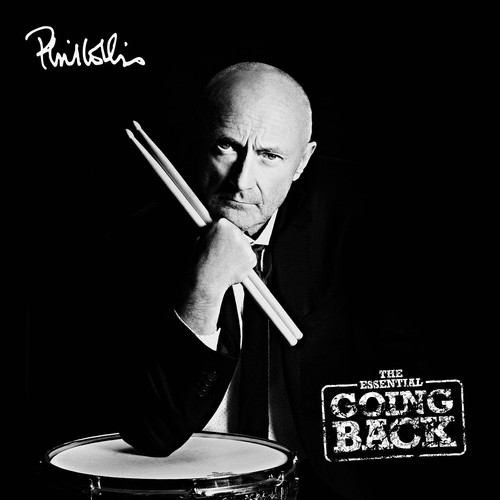 The Essential Going Back: Remastered [Vinyl]
Artist: Phil Collins
Format: Vinyl
New: Not on Hand, Let us get it for you
Wish

"I decided to call this version of 'Going Back' 'The Essential Going Back,'" Phil explained. "In retrospect, I included too much music on the original version, and I believe that too much is not always a good thing. Hence this trimmed down selection of my favorite Motown songs." Originally released in 2010, "Going Back" was Phil Collins' first studio album since 2002 and saw him back at #1 on the charts. This album was a personal labor of love project that found him faithfully recreating the soul gems that played such an influential role in his musical life.

This is one of the last releases in Collins' "Take A Look At Me Now" series. Each album in the series has been remastered by Grammy-nominated Nick Davis. Each album features a bold artwork concept in which Collins has recreated his poses from the original album covers with new photography that was shot in the present day.

This will be released as 180 gram heavyweight audiophile vinyl of the remastered album.