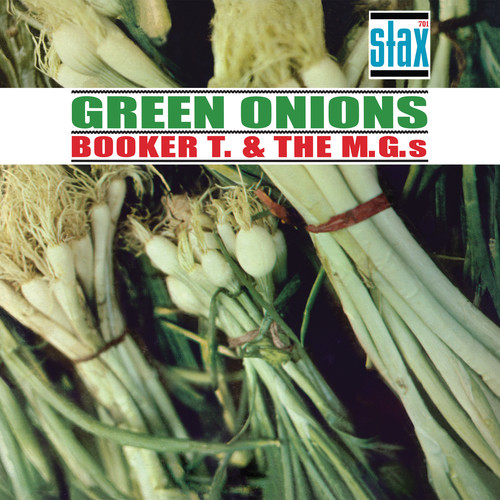 Green Onions
Artist: Booker T & The M.G.'s
Format: Vinyl
New: Not on Hand, Let us get it for you
Wish

Vinyl LP pressing. Green Onions is the debut album by Booker T. & the M.G.s, originally released on Stax Records in October 1962. It reached number 33 on the pop album chart in the month of it's release. The title single had been a hit worldwide and was covered by dozens of artists, including the Blues Brothers (featuring guitarist Steve Cropper), the Ventures, Al Kooper, the Shadows, Mongo SantamarĂ­a, Roy Buchanan (also featuring Steve Cropper and Jan Hammer), Count Basie and many others. Green Onions was the first album released on the Stax label. It was also Stax's first charting album, peaking at #33 on the Billboard 200.
back to top