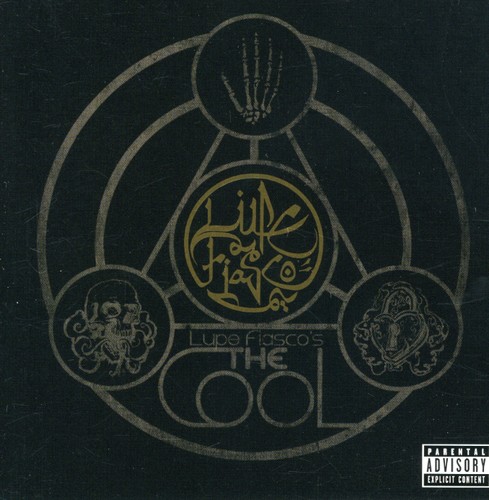 Lupe Fiasco's The Cool
Artist: Lupe Fiasco
Format: CD
New: Not on Hand, Let us get it for you
Wish

Lupe Fiasco is a rarity in today's record industry - an artist more concerned with creating timeless, not timely, music. After years of false-starting label deals and mixtape dominance, Fiasco broke through the mainstream's shield in early 2006. Having brushed with fame and admirably maintaining his integrity, Fiasco is now taking his substance-over-style approach to new, conceptual levels on his sophomore effort, The Cool.

A practicing Muslim who claims his "groupie situation" is "shut down," Lupe veers from hip-hop's materialistic mainstream to deeper issues of mortality, loss and introspection. "Dumb It Down," the first track Lupe posted onto MySpace from this much-anticipated follow-up to 2006 smash Food and Liquor, poignantly mocks his potential audience's disdain for "big words" and "going over n*ggas' heads." No matter what tack he takes, hipsters and heads alike have nothing but kudos to send his way.