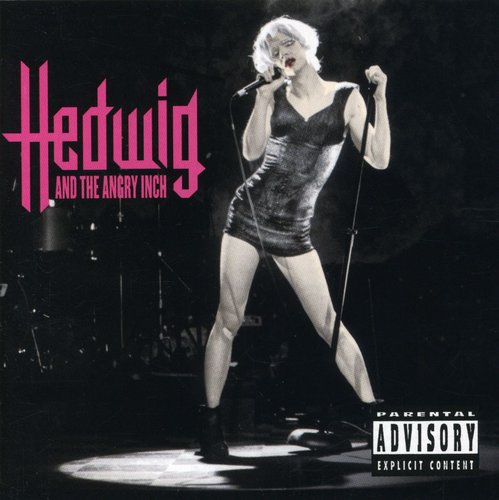 Hedwig And The Angry Inch: Original Cast Recording
Artist: Stephen Trask
Format: CD
New: Not on Hand, Let us get it for you
Wish

Hedwig (John Cameron Mitchell) is a Berlin singer whose sex-change operation left her with an "angry inch" and a taste for eyeliner. Closer to the New York Dolls than to New York's post-Sondheimian composers, Mitchell and composer-lyricist Stephen Trask rehabilitate the decadent bombast of early-'70s glam rock in a succession of catchy numbers. Hedwig makes a great transition from stage to record because the book is wafer-thin and lets the band focus on individual songs instead of trying to integrate a narrative: this is indeed the most radio-friendly cast album in a long time. So what if Trask has never met a power chord he didn't like? It may not revolutionize the musical theater, but the grand finale, "Midnight Radio," will have you reaching for a lighter.
back to top