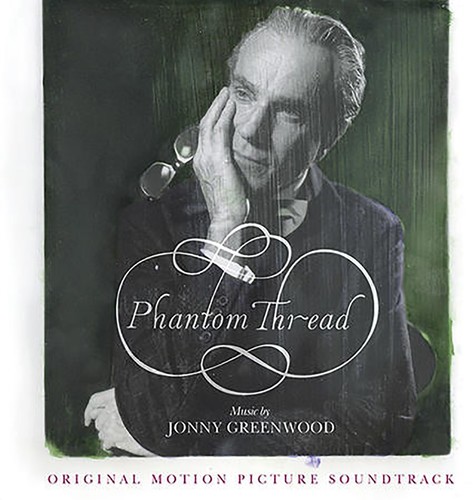 Phantom Thread [Soundtrack 2LP]
Artist: Jonny Greenwood
Format: Vinyl
New: Not on Hand, Let us get it for you
Wish

Double vinyl LP pressing. Nonesuch release Jonny Greenwood's Golden Globe-nominated score to Paul Thomas Anderson's new feature film, Phantom Thread. Phantom Thread is set in the glamour of 1950s post-war London, where renowned dressmaker Reynolds Woodcock (Daniel Day-Lewis) and his sister Cyril (Lesley Manville) are at the center of British fashion, dressing royalty, movie stars, heiresses, socialites, debutants, and dames with the distinct style of The House of Woodcock. Women come and go through Woodcock's life, providing the confirmed bachelor with inspiration and companionship, until he comes across a young, strong-willed woman, Alma (Vicky Krieps), who soon becomes a fixture in his life as his muse and lover. With Phantom Thread, Oscar-nominated filmmaker Paul Thomas Anderson paints an illuminating portrait both of an artist on a creative journey and the women who keep his world running. Phantom Thread is Anderson's eighth movie, and his second collaboration with Daniel Day-Lewis. The film's soundtrack includes eighteen compositions by Greenwood. It was recorded in London with a sixty-member string orchestra conducted by Robert Ziegler and is featured more prominently in the film than any of Greenwood's scores have been before. In addition to the Golden Globe nomination, the Phantom Thread soundtrack's many other accolades to date include the Best Score prizes from film critics' associations in Boston, Chicago, Los Angeles, Phoenix, San Francisco, Seattle, and St. Louis.