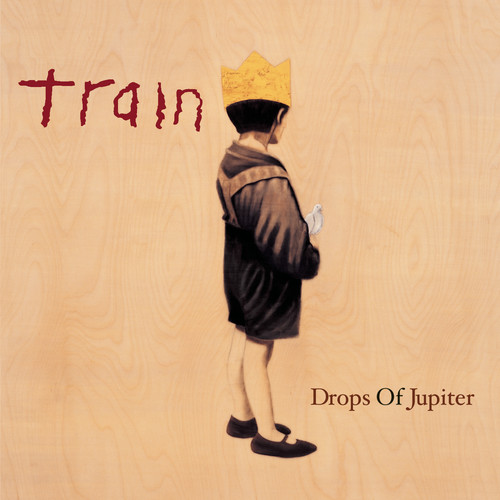 A blend of thoughtful guitar riffs, eclectic soundscapes, earthy melodys, and great rock tunes. A collection of songs that shows off a band that's coming into it's prime as both a songwriting and performing entity. Track listing includes "She's on Fire," "I Wish You Would," "Hopeless," "Let It Roll," plus many more.

''Drops of Jupiter'' is Train's second album, released in 2001. The album's title is derived from "Drops of Jupiter (Tell Me)", its first single which was extremely popular and won the Grammy Award for Best Rock Song.

As an album, ''Drops of Jupiter'' is difficult to classify within a single genre, though many in the industry put the album in the Adult Contemporary Market. Indicative of Train's style, the album contains elements of rock, country and indie rock. Besides "Drops of Jupiter (Tell Me)," two other singles were released from this album: "She's On Fire" and "Something More," both of which also achieved some success on the Adult Top 40 chart.

It has since been certified 2x Platinum by the RIAA in the United States and is their best selling album to date. - Wikipedia