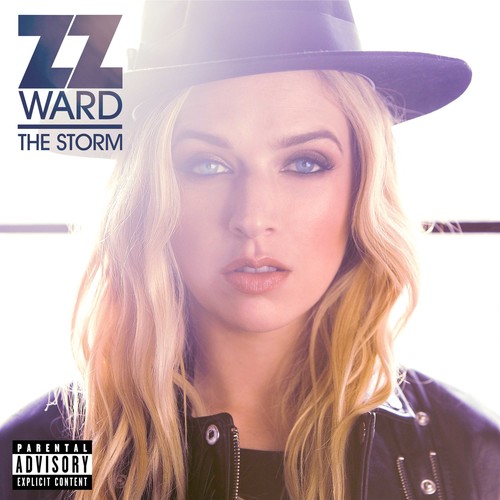 ZZ Ward didn t have to look far for inspiration on her second full-length album, 2017 s The Storm. Equally evocative of blues grit and hip-hop bounce, the Los Angeles-based vocal powerhouse and multi-instrumentalist leapt forward by taking a deeper look at some of her earliest inspirations including Howlin Wolf, Robert Johnson, and Vera Ward Hall and Big Mama Thornton. For me, this album wasn t really about experimenting, she admits. It was more about simplicity, honing in on what I love about music and what makes me who I am as an artist. Growing up, I listened to a lot of hip-hop and blues, and I love those two genres so much. Sometimes, to evolve you don t need to go outside of yourself; you can reach further inside of yourself instead. It s a realization earned over a whirlwind five years. The Fedora-rocking, guitar-shredding, harmonica-wielding blues siren peppered an old backporch musical recipe with hip-hop urgency and hashtaggable wisdom on her 2012 mixtape Eleven Roses. Followed by her full-length debut Til The Casket Drops yielded a veritable hit in the form of Put The Gun Down. The latter generated 7.4 million-plus Spotify streams and held strong in the Top 10 of AAA radio for 10 weeks as well as receiving over 100 high-profile licensing placements and syncs, including the feature film We re The Millers. Kendrick Lamar [ Cryin Wolf ] and Freddie Gibbs [ Criminal ] were quick to collaborate, while Rolling Stone, Guitar World, Elle, Interview Magazine, USA Today, NPR and more extolled her. She lit up the screen on Jimmy Kimmel LIVE!, Conan, Good Morning America, The Tonight Show, The View, and many others and practically set stages ablaze on tours with Eric Clapton, Gary Clark, Jr., and Fitz & The Tantrums and at Coachella, Bonnaroo, Firefly, and Made In America.
This website uses cookies to personalize content and analyse traffic in order to offer you a better experience.
I accept Learn More
back to top