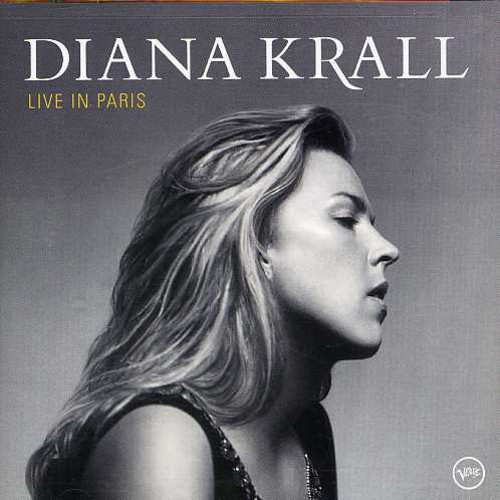 Live in Paris is the follow-up to the Grammy award winning platinum albums. A dazzling showcase for her dynamic piano, breathtaking vocals, and world- class quartet, Live in Paris captures the excitement, warmth, and intimacy of Diana Krall in concert.

''Live in Paris'' is the first DVD and live album (seventh overall) by Canadian jazz pianist and vocalist Diana Krall, released in 2002 (see 2002 in music) it was filmed during Krall's sold-out concert at Paris's Olympia on November 29 - December 2, 2001 and includes songs from her multi-platinum albums ''Only Trust Your Heart'', ''All for You'', ''When I Look in Your Eyes'' and ''The Look of Love''. The album sold over 500,000 copies in the United States and DVD sold over 200,000 copies in United States. The album won Grammy Award for Best Jazz Vocal Album and Juno Award for Vocal Jazz Album of the Year. ''Billboard'' ranked album at number 8 on the magazine's Top Jazz Albums of the Decade. - Wikipedia