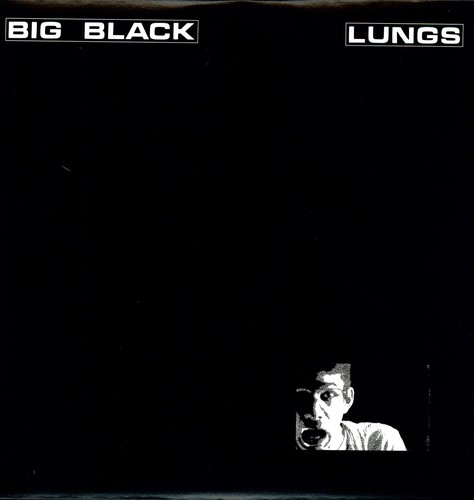 Sensibly the most developmental and skeletal of Big Black's releases, Steve Albini's first official contribution to the rock world is a batch of sparse, minimal new wave recorded cheaply in two different apartment locations. With the exception of some sax provided by John Bohnen, everything is done by the young Albini, then a student at Northwestern. Not-so-pleasant views of morality "I Can Be Killed", post-mortem fornication with an army vet "Dead Billy", and primal living "Steelworker" provide some of the subject matter, matching the bleakly realist lyricism of Swans with a slight bastardization of the precise, jagged minimalism of Wire, Devo, and Suicide. Limited to a trebly buzz and augmented by a Casiotone, the guitar has little of the electrifying clamor and rattle of later releases. Throughout, Albini sounds about as angry as a youth from the wilds of Montana could possibly be -- and lord only knows how much resourcefulness was required to be exposed to his influences. Locating to the Chicago area obviously helped; who knows what this man would have done if he hadn't found an outlet for his aggressions? [Lungs was later issued on CD as part of The Hammer Party, originally on Homestead and later on Touch & Go. It was also reissued in its own vinyl version.]