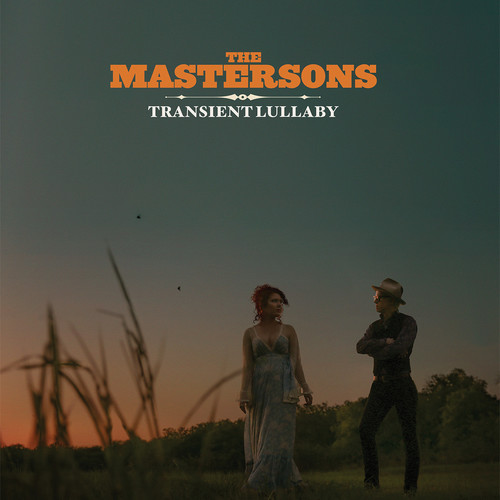 Limited vinyl LP pressing includes digital download that contains one track not included on the vinyl edition. 2017 release. Don't bother asking The Mastersons where they're from. Brooklyn, Austin, Los Angeles, Terlingua; they've called each home in just the last few years alone. If you really want to get to know this husband-and-wife duo, the better question to ask is where they're going. For the last seven years, The Mastersons have kept up a supremely inexorable touring schedule, performing as both the openers for Steve Earle and as members of his band, The Dukes, in addition to playing their own relentless slate of headline shows and festivals. Written in a slew of different cities around the world, the band's new album, Transient Lullaby, out May 19, 2017 on Red House REcords, is a late-night collection of subtle, evocative performances that showcase the itinerant couple at their absolute finest. Musically, the album is rich with intoxicating harmonies that float above Eleanor Whitmore's stirring string arrangements and Chris Masterson's adroit guitar work, but it's the deeply personal songwriting that always manages to steal the show.