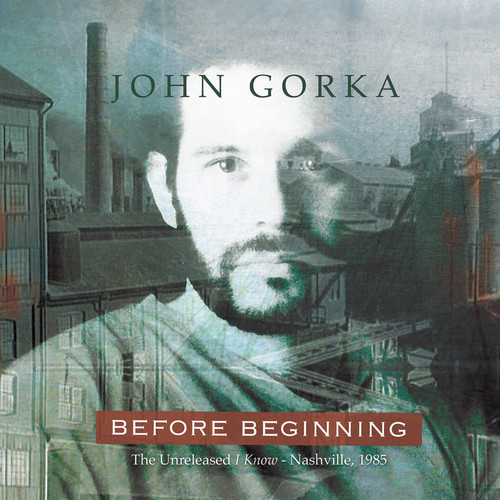 Since his 1987 Red House release, I Know, introduced renowned artist John Gorka to the public, the Minnesotavia-New Jersey guitarist and songwriter's insight, wit and honesty has made him one of the most respected, beloved songwriters currently carrying on the folk tradition. With the insight that comes with hindsight, John has decided to share his very first studio sessions, a collection of songs recorded in Nashville at Cowboy Jack Clements' studio in 1985 with producer Jim Rooney (John Prine, Nanci Griffith, Iris Dement). Still finding his way, John decided to go a different direction and the sessions were never released. Before Beginning, The Unreleased I Know - Nashville, 1985, brings these never-before-heard, studio versions of John's earliest material to the public after three decades. Recorded spontaneously with a full band of top Nashville players - and Shawn Colvin and Lucy Kaplansky on harmony vocals- these sessions provide a fascinating look into the road not taken, an alternate musical direction this now well-known artist chose to forego. Featuring nine of the 12 songs that would be on his debut album I Know, there's also a full band version of "Geza's Wailing Ways," a track that first appeared in 1983 on a Fast Folk compilation. With extensive liner notes and reminiscences by Gorka, we see the seasoned songwriter, now 13 critically acclaimed albums into his career, revisiting his first foray into a professional studio as an aspiring 25-year-old. Even though it is an older recording, it's a fresh take on the songs, many considered Gorka's finest.