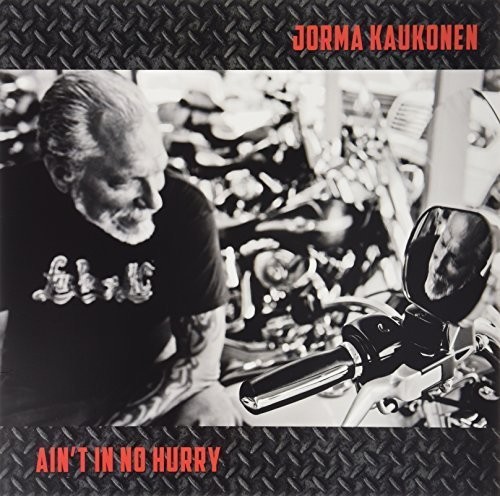 Vinyl LP pressing. 2015 album from the guitarist best known for his work with Jefferson Airplane and Hot Tuna. Jorma returns with his third solo album on Red House Records, Ain't in No Hurry, a knock out collection of songs that show Jorma remains at the top of his game. Ain't in No Hurry is a blend of American roots, blues, rockers and Jorma originals including a lost Woody Guthrie lyric that Jorma and producer Larry Campbell put to music. Each song frames Jorma's life and development as an artist and where he is at today. With a cast of musicians that includes longtime Hot Tuna partner, Jack Casady, Barry Mitterhoff, Larry Campbell, Teresa Williams, and the rhythm section of Myron Hart and Justin Guip, Ain't in No Hurry is an instant classic.