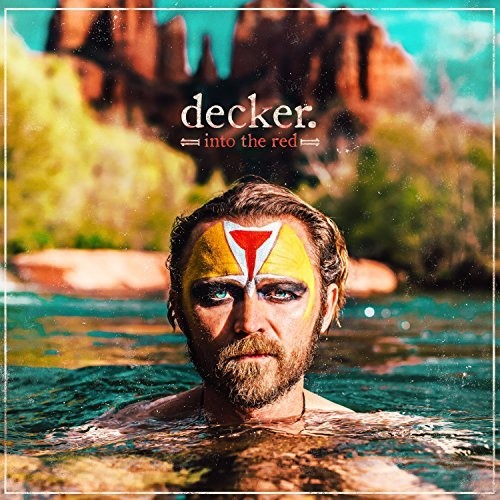 Into The Red [LP]
Artist: Decker.
Format: Vinyl
New: Not on Hand, Let us get it for you
Wish

Vinyl LP pressing. The production on the collection varies wildly - from the hip-hop drum loops of the minimalist "In The Same Boat" to the ornate, horn and string-band grandeur of "Sun, Shine In" - but Decker's indelible voice and singular perspective tie it all together. His uniquely crooked vision colors everything he touches, and it enables him to put his own unique stamp on a cover of The Stooges' "I Wanna Be Your Dog," which is mashed up here with The Doors' "5 To 1? in a brand new recording. Into The Red also includes a pair of tracks from Decker's most recent studio release, 2016's Snake River Blues. The two tracks demonstrate both sides of Decker's songwriting instincts, with "The Phantom" stretching out into a sweeping, six-minute, multi-part epic, and the pulse-pounding "Holy Ghost" clocking in at a taught, punchy, three minutes as it revels in the kind of frantic desperation that can only come from a lifetime spent in transit. "I've invested everything I have into the music," says Brandon Decker. "Energetically, emotionally, financially, everything has gone back into my art and growing as an artist." It's with a wry wink at his bank account, then, that Decker named his new career-spanning album Into The Red. Primarily comprising tracks from the six studio records he's released under the name Decker since 2009, Into The Red offers a bird's eye view of his remarkable journey as a fearless songwriter and relentless performer. The collection reveals him to be a craftsman of the highest caliber, one who's carved a bittersweet catalog of heartrending gems out of the unforgiving stone that is a lifetime spent pursuing dreams.