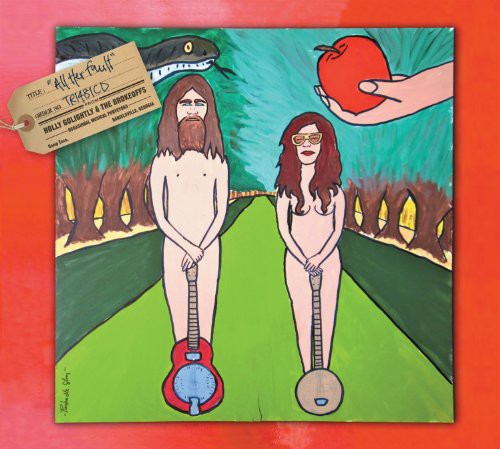 All Her Fault
Artist: Holly Golightly
Format: CD
New: Not on Hand, Let us get it for you
Wish

Holly Golightly has made over 20 albums and appeared on countless more, but she never had a recording experience like the one she had making the new Holly Golightly and the Brokeoffs release All Her Fault. Golightly and her partner Lawyer Dave spent nearly six months on the project. "It has never taken me that long to get through 12 tracks," she admits. "I don't have the patience for endlessly going over things. I want things done quickly and this was like pulling a Dave-shaped log along at times." Don't expect All Her Fault to sound radically different from their earlier releases. It's still a raw, rough-hewn stew of twisted roots music forged by the duo's distinct musical interests — she listens to late '50s/early '60s R&B and he loves rock 'n' roll. "I'm not looking to achieve something that hasn't been achieved before," she confesses. "We just what we do. The songs are really all that changes."