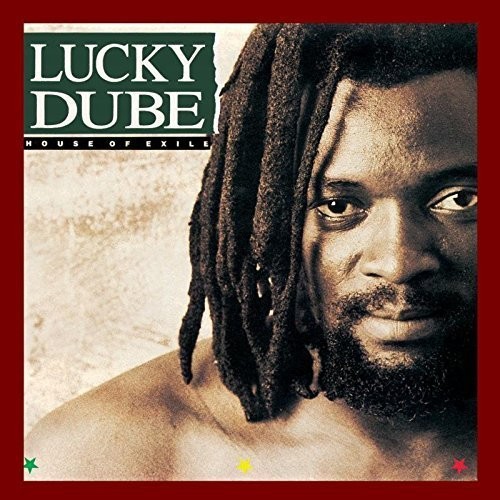 House of Exile
Artist: Lucky Dube
Format: Vinyl
New: Not on Hand, Let us get it for you
Wish

Vinyl LP pressing. Reggae's popularity in Africa produced a new generation of African reggae stars such as Alpha Bondy and Lucky Dube. The latter became South Africa's first homegrown reggae star with his soulful, melodic yet message-oriented recordings. Vocally he evoked the style of his hero Peter Tosh. Yet Lucky's voice ranged beyond this similarity with a power and phrasing all his own. It's no surprise then that he became the most important new artist from South Africa in many years. South Africa's foremost reggae star continued to grow with 1992's House of Exile. His voice, powerful as always, presented more facets than the trademark Peter Tosh-style baritone that first attracted attention. Most impressive was his songwriting, which had become more sharply political. He addressed the struggle in South Africa as well as themes of personal liberation. With so much Jamaican reggae trending in a dance hall direction, it's heartening to hear and see the classic internationalist message of Marley, Tosh and Wailer carried on in Africa by Lucky.