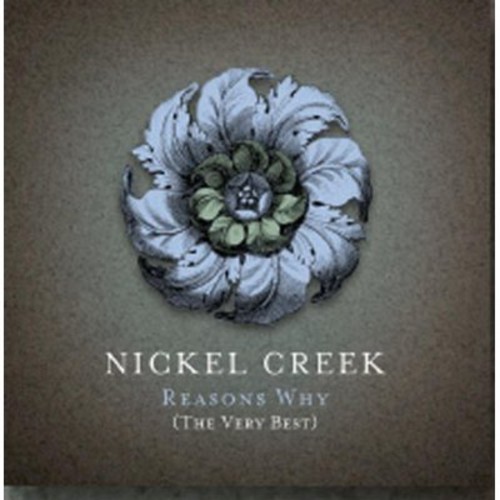 While "progressive bluegrass" might sound like an oxymoron, it's a good description of this dynamic acoustic trio's approach. Fans of traditional string-band music might flinch at Nickel Creek's experimentation, but there is little doubt that the threesome has attracted the largest crossover audience to the genre since Jerry Garcia. Still, the rigors of working together since they were teens have prompted an open-ended sabbatical at the end of their 2007 tour. Cue the Christmas 2006 hits package--it's the perfect time to cash in on the catalog with the band still hot as an active unit. Since Nickel Creek has recorded just three albums for Sugar Hill, it does seem a bit premature for this recap. But the label has done an admirable job by adding a bonus DVD of the act's seven videos and arranging the audio tracks in non-chronological order to enhance the flow. If anyone had any doubts that these youngsters were the future of bluegrass, Reasons Why should erase them. They never let their instrumental virtuosity on guitar, fiddle, and mandolin get in the way of writing terrific material such as "When in Rome"--a should-have-been hit on the order of R.E.M.'s "Losing My Religion"--and they also deliver the goods in concert. A nine-minute live version of "The Fox"--one of two previously unreleased performances that close this collection--proves they can mash up Bach, Bill Monroe, and Dylan with such cool aplomb, one can only imagine what the future holds. Until then, we have this compact reminder of Nickel Creek's strengths and potential--a superb collection that is as classy and challenging as the group itself, and leaves the listener wanting more.