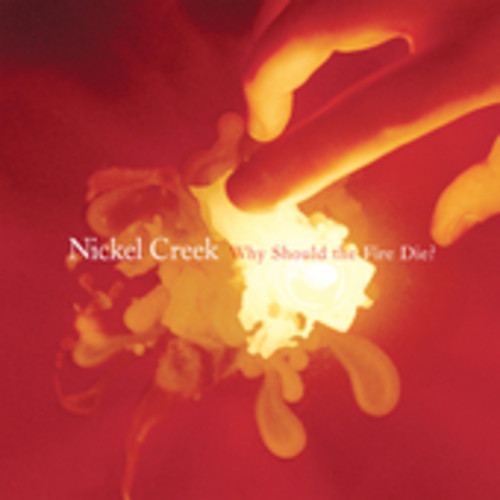 Working with producers Eric Valentine and Tony Berg, the platinum-selling Nickel Creek found innovative ways to capture their singular sound, resulting in a record that makes the listener sometimes wonder if there isn't more than mandolin, guitar, violin and bass at play.

Like film adaptations of novels, bluegrass revivalism, AKA newgrass, only occasionally intersects with its forbears. Bluegrass fans are even more defensive than most audiences, and justly so-their music was, like most good ideas, born of poverty and depression, which renders contemporary cash-ins not only gauche, but sacrilegious. (Ralph Stanley gets a pass, of course, because he was back-in-the-day poor during Bluegrass Wave One, chomping coal for breakfast and perfuming with hog slop.) I also come from that world-my pops played the stuff, I was born in coal country and a banjo pluck will forever evoke home-but I like the revival, too. Old Crow Medicine Show, the Boggs (R.I.P.), and, to get to the point, Nickel Creek, get no guff from me.

Nickel Creek are two guys and a gal who look like elves, play hyper-pristine newgrass pop, and count Alison Krauss as a fan. (She produced their 2000 debut.) They're also Californians-strikes one, two, and three to many. Why Should the Fire Die?, their third album, is a well-conceived melding of Krauss and alt-rockers Incubus, as siblings Sara and Sean Watkins sing from the diaphragm and nasal cavity, respectively. The staccato title track, with its handclapped guitar strums and Sara's Kelly Clarkson'd choirgirl sneers, is the album's sole raver; the rest are sweetly performed melancholy paeans to love and loss, their middle-class safety net always comfortably intact. But just because Nickel Creek will be well fed even in drought hardly moots their pain: bluegrass' songs about poverty are newgrass' songs about a poverty of spirit, whether it stems from loneliness, love rebuked, or a Higher absence. And of that, Nickel Creek have plenty to say.