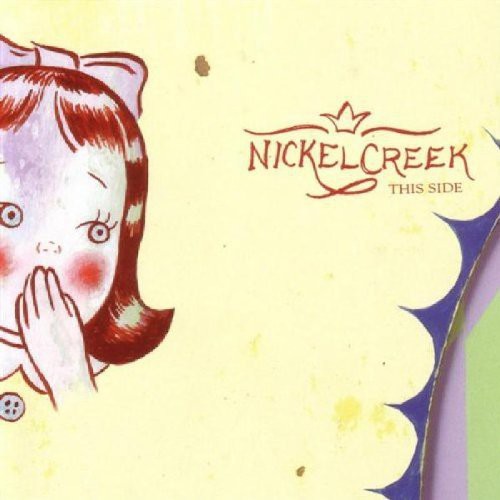 This Side
Artist: Nickel Creek
Format: CD
New: Not on Hand, Let us get it for you
Wish

Whereas Nickel Creek's debut album established the young California trio at the progressive vanguard of traditional bluegrass, this ambitious, risky follow-up finds their acoustic artistry straying far afield. Mandolin player Chris Thile and the Watkins siblings--guitarist Sean and fiddler Sara--continue to impress with their intuitive instrumental interplay and lush vocal harmonies. Sean Watkins's title cut achieves the sprightliest blend of traditional bluegrass instrumentation and contemporary pop craft, while the ruminative melancholy of "Hanging by a Thread" and "Green and Gray" sound as though Thile has been listening to a lot of Elliott Smith (and reading the published poetry of Jewel). The album also features Pavement's "Spit on a Stranger," Carrie Newcomer's "Should've Known Better," and a traditional British ballad, "House Carpenter." However, much of the collection's original material lacks the maturity to match the trio's musical gifts, as songs incorporating influences ranging from neo-psychedelia to alt pop often suffer from self-consciousness. Kindred-spirit producer Alison Krauss plainly gave the project a long leash, and the results can be viewed as either sophomore slump or creative growth spurt--or perhaps both.