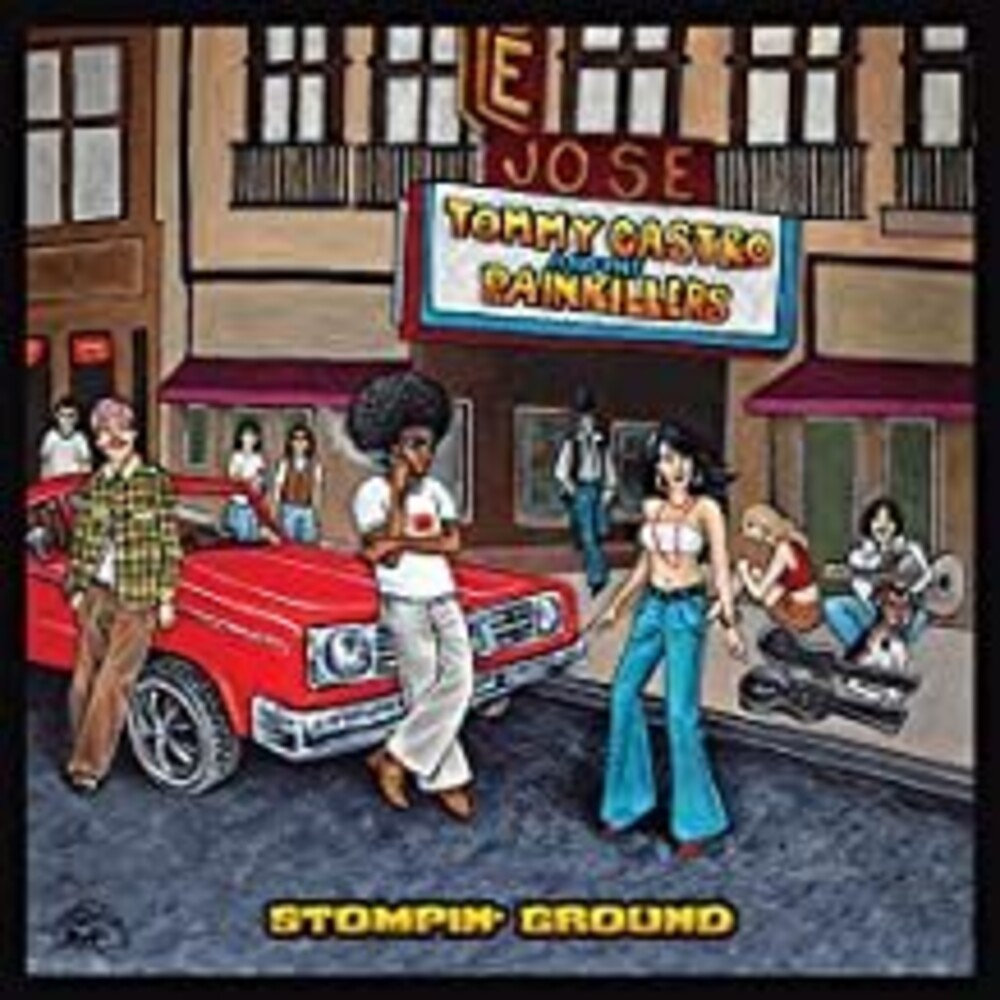 Swaggering, razor-wire gospel-tinged soul, simmering deep blues and hard-grooving house rockers --AllMusic. com Gritty, funky, rocking and original --Boston Globe Blazing soul-blues rocker Tommy Castro’s musical roots run deep. As he unleashes his high-energy music to fans all over the world, Castro is inspired by the sounds he absorbed while coming of age on the rough and tumble side of San Jose, California. During the late 1960s and early 1970s, this was Castro’s home turf – his stomping ground. It was a place where the street-tough Mexican Americans and the counter-culture hippies came together to drink, smoke, laugh, party and listen to tunes – the hippies with their blues and rock, the Mexicans with their soul music. Mixing the blues-rock he loved and the soul music he heard blasting out from the lowriders cruising the streets, along with the socially conscious message songs of the day, Tommy’s own sound was born. He honed his guitar playing to a razor’s edge on the city’s competitive bar scene, where he learned how to capture an audience with his intensely passionate vocals, stellar musicianship and dynamic performances. Almost every major rock and soul act, from Ike & Tina Turner to Janis Joplin to Elvin Bishop and Taj Mahal toured through the area, and Castro was at almost every show. He saw John Lee Hooker, Albert King and Buddy Guy & Junior Wells at the same local blues bar, JJ’s, where he often jammed, dreaming of one day busting out. Over the course of his career, Tommy Castro’s San Jose DNA has always inspired his music, whether he’s squeezing out the deepest blues or the funkiest soul grooves. He and The Painkillers – bassist Randy McDonald, keyboardist Michael Emerson and drummer Bowen Brown – have played hundreds of shows to thousands of music lovers, always leaving his audiences screaming for more. All of his albums are filled with original blues, soul and West Coast rock, each song showing a slightly different side of Castro’s multifaceted musical personality. Billboard says the band plays “irresistible contemporary blues-rock” with “street-level grit and soul.” On his new album, Stompin’ Ground, Tommy Castro opens windows both into his past and his always-evolving musical future. Produced by Castro and guitar wunderkind Kid Andersen and recorded at Andersen’s soon-to-be legendary Greaseland Studio in San Jose, Stompin’ Ground finds Castro letting loose on a set of 12 tracks featuring six originals and new versions of songs he learned and played as a young up-and-comer. He is simultaneously looking back with autobiographical originals and cover songs that inspired him, while forging a forward trail with modern lyrics atop blistering blues-rock. With The Painkillers firing on all cylinders behind him, Castro lays it all on the line from the opening notes of Nonchalant to the final, introspective Live Every Day. From the autobiographical My Old Neighborhood to the socially aware Enough Is Enough and Fear is The Enemy to versions of Elvin Bishop’s Rock Bottom and Taj Majal’s Further On Down The Road (two of his favorite songs from his earliest heroes), Stompin’ Ground is pure musical pleasure. “As soon as we started cutting,” Castro says, “we knew we were onto something.” In addition to the The Painkillers, Castro’s friends Charlie Musselwhite (harp and vocals on Live Every Day), Mike Zito (guitar and vocals on Rock Bottom), Danielle Nicole (vocals on Soul Shake) and Los Lobos’ David Hidalgo (guitar and vocals on Them Changes) add their talents to Stompin’ Ground. “I heard each one of my friends’ contributions on these songs in my head as I was working on them. Happily, when I reached out and actually asked, everyone said yes.”
back to top