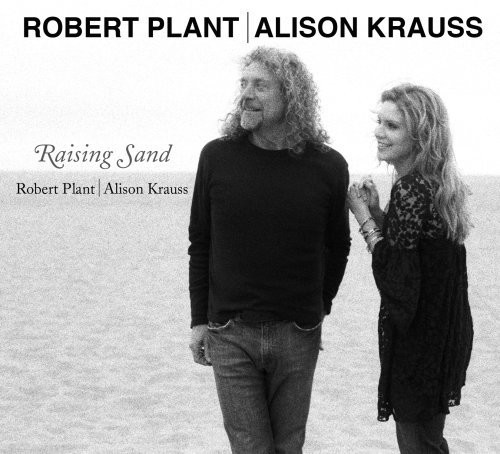 Raising Sand
Artist: Plant/Krauss
Format: CD
New: Not on Hand, Let us get it for you
Wish

''Raising Sand'' is a collaboration album by rock singer Robert Plant and bluegrass-country singer Alison Krauss. It was released on October 23, 2007 by Rounder Records. ''Raising Sand'' won Album of the Year at the 2009 Grammy Awards. - Wikipedia