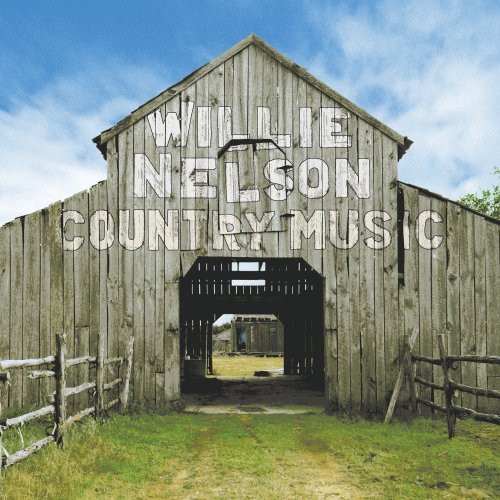 2010 album from the Country legend. On Country Music, Willie Nelson goes back to his roots with a songbook of classic Americana. The album was recorded in Nashville, TN and produced by T Bone Burnett. Nelson wrote one track on the album, 'Man with the Blues' and, with T Bone Burnett, co-arranged three traditional songs, 'Satan Your Kingdom Must Come Down', 'I Am a Pilgrim,' and 'Nobody's Fault But Mine.' the album also features many popular old-time/Bluegrass/Folk songs including Ernest Tubb's 'Seaman's Blues', Merle Travis' 'Dark As a Dungeon' and Doc Watson's 'Freight Train Boogie'. Willie Nelson collaborated with many musicians on Country Music including old-time banjo master Riley Baugus, double bassist Dennis Crouch, and T Bone himself, all musicians featured on Raising Sand, the 2009 Grammy Award-winning Album of the Year by Robert Plant and Alison Krauss.

''Country Music'' is an album by country artist Willie Nelson. It was released on April 20, 2010 via Rounder Records, and according to Nelson is the first traditional album he has ever recorded. - Wikipedia