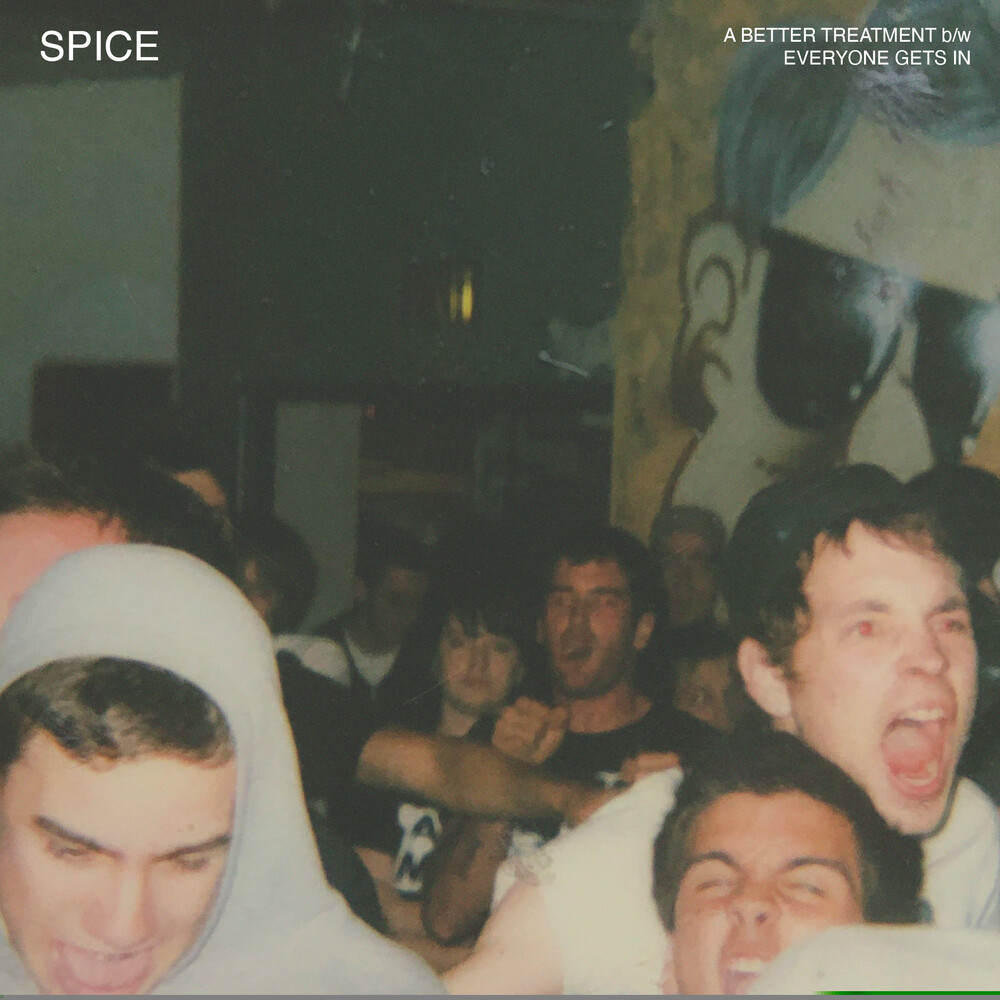 Spice singer Ross Farrar speaks of the band's ambition to forge a sort ofaesthetic patois: a mode of expression as strikingly regional as it isrecognizable. Last year's self-titled debut, released in the depths of thepandemic, fully achieved this goal, distilling decades of North Bay punkand post-hardcore into an urgent, artful set of emotive unrest. Their latestsingle, A Better Treatment b/w Everyone Gets In, further refines thegroup's singular mix of weathered melody and abrasive poetics, equalparts bracing, bruised, and cryptic."A Better Treatment" began as a song about a friend who died butthrough the turmoil of collaboration transformed into something moremacroscopic and opaque, blurring the boundary between hopeful anddefeated ("I thought loving someone would cure my self-hatred"). Bassand drums build against walls of guitar while the violin threads it's ownmelancholy within the noise; Farrar is blunt about the intention: "The violinis an instrument of death you know.""Everyone Gets In" is both poppier and more pained, an anthem for angstaging into the reverie of regret: "We lose our strength / along the way / welose each other / the funeral sways." The tempo sways too, graduallyslowing to an anxious crawl before finally revving back into a storm ofshimmering guitar and splashing drums, fighting against the dying of thelight. It's music of raw truths and rejected pedestals, storied butunswerving, a revolt against the great regress: "and my / my time is spent/ adoring seasons / that I / I never should've."